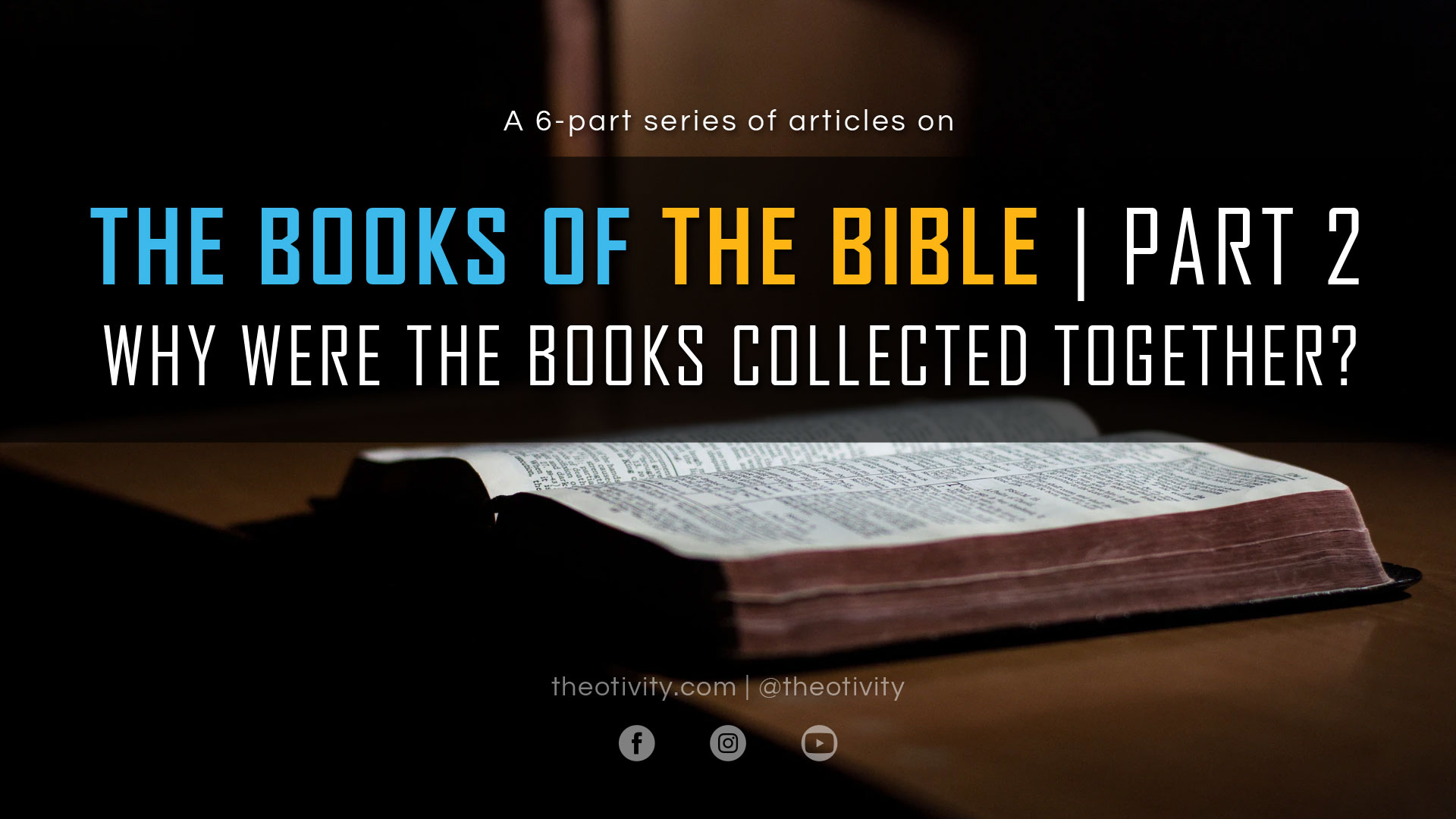 Our first article in this series looked at what is meant by the term ‘canon’ and why it is important for us today. In this article, we will look at the Old Testament and how it was formed and organized. Why did the Jews start collecting books together in the first place? Why is it that our Old Testament is arranged the way it is and why is the Hebrew Bible arranged diffferently? These are the major questions we’ll look at in this article.

Treasuring up His Word

The earliest collection of written words from God actually comes from the hand of God Himself on Mount Sinai. The Ten Commandments, written on tablets of stone, form the beginning of the Biblical canon – and it was God himself who chose to do it.

“And he gave to Moses, when he had made an end of speaking with him upon Mount Sinai, the two tablets of the testimony, tablets of stone, written with the finger of God” (Exodus 31:18).

The tablets eventually were deposited in the ark of the covenant (see Deut. 10:5). This collection grew in size as Israel’s history continued. Moses added writings to be deposited in the ark (Deut. 31:24-26), which was probably the book of Deuteronomy. It is indicated that Moses also wrote the other four of the first five books of the Old Testament, called the Torah (see Ex. 17:14; 24:4; 34:27; Num. 33:2; Deut. 31:22). Although this is contested by some critical scholars, the overall consensus of conservative Christian scholars generally agrees with this and although I don’t have the time to go into it here there are good books defending this position.

The Close of the OT Canon

Eventually, no more books were added to the Old Testament canon.

“…after approximately 435 B.C. there were no further additions to the Old Testament canon. The subsequent history of the Jewish people was recorded in other writings, such as the books of the Maccabees, but these writings were not thought worthy to be included with the collections of God’s words from earlier years.” (Wayne A. Grudem, Systematic Theology, 55–56)

According to Jewish literature outside the OT, we see that the Jews commonly believed that divinely authoritative words from God had ceased after the last book of the OT was written at about 435 B.C. For example, in 1 Maccabees (a Jewish writing written about 100 B.C.) the author writes of the defiled altar, “So they tore down the altar and stored the stones in a convenient place on the temple hill until there should come a prophet to tell what to do with them” (1 Maccabees 4:45–46).

There are some who regard the books of Maccabees as Scripture, but that is an issue we will address more fully in our next article in this series. What is important here is that apparently the Jewish people had a memory of authoritative prophets among the people but knew that there weren’t any around at their time. Hence the author speaks of a great distress “such as had not been since the time that prophets ceased to appear among them” (1 Macc. 9:27; cf. 14:41).

“From Artaxerxes to our own times a complete history has been written, but has not been deemed worthy of equal credit with the earlier records, because of the failure of the exact succession of the prophets” (Against Apion 1.41).

The writings of the Jewish Rabbis also confirm this conviction – repeatedly stating that the Holy Spirit had departed from Israel and not inspired any new prophecy after the latter prophets Haggai, Zechariah, and Malachi had died.

“…In the New Testament, we have no record of any dispute between Jesus and the Jews over the extent of the canon. Apparently there was full agreement between Jesus and his disciples, on the one hand, and the Jewish leaders or Jewish people, on the other hand, that additions to the Old Testament canon had ceased after the time of Ezra, Nehemiah, Esther, Haggai, Zechariah, and Malachi.” (Wayne A. Grudem, Systematic Theology, 56-57.)

The Organization of the Old Testament

Our Old Testament in most modern Bibles today will differ in how the books are organized from how they were ordered by the Jews. The way the Jewish Scriptures were organized is often called the TaNak today. It’s an acronym that stands for Torah, Nev’im and Ketu’vim – which is Hebrew for the Law, the Prophets and the Writings.

It is important for us to understand this because itis exactly how Jesus referred to the OT in Luke 24:44,

Then he said to them, “These are my words that I spoke to you while I was still with you, that everything written about me in the Law of Moses (Torah) and the Prophets and the Psalms (Writings) must be fulfilled.”

Some other ways that the New Testament writers refer to the OT are as simply, “the Law and the Prophets” – a short form. Also, because some of the books were grouped differently, you’ll find that sometimes authors would group books together. For example, the scrolls of the minor prophets were kept together as one book in the Hebrew Bible containing Hosea, Joel, Amos, Obadiah, Jonah, Micah, Nahum, Habakkuk, Zephaniah, Haggai, Zechariah, and Malachi. It was often referred to as “the Twelve” (which is interesting considering the significance of 12 in Biblical history – 12 tribes, 12 disciples, etc). Other books which occur as two parts in our Bibles, such as 1 & 2 Chronicles or 1 & 2 Kings, are simply one book (or scroll) in the Hebrew Scriptures.

The Differences in the Septuagint

Our Bibles today organize the Old Testament books with a topical arrangement: 5 books of the Law, 5 books of Poetry, 12 History books, 5 Major Prophets and the 12 Minor Prophets. This arrangement of the books follows the Greek Septuagint rather than the Hebrew Canon.

So, as we conclude this second article in this series, we see that God intended the collections of the books He inspired for His Old Testament people, Israel, to be collected and preserved. We see also that this Old Testament canon came to a close around 435 B.C. By the time of Jesus, these books were commonly recognized as authoritative and God-inspired. We also see that the Greek translation (the Septuagint) was the commonly used version of the Old Testament in the days of Jesus, the apostles and authors who wrote the New Testament.

In our next article in this series, we will take a look at some of the books of the Apocrypha which were written in the period between the Old and New Testaments and why it is that Protestants do not recognize these books as divinely inspired or authoritative. I hope that you’re finding this series of articles helpful and will continue to join us on this journey learning more about the books of the Bible.

Time and Meaning | Its Futility and How to Redeem It

You’ve all heard the phrases, “Time is money” or “Time waits on no one”. Time is one of those... 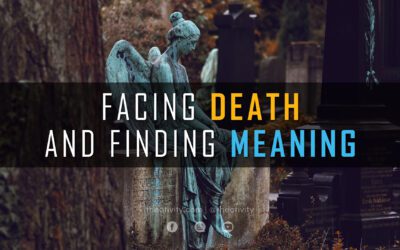 In this article, we’re going to be facing squarely the topic of death. This is a topic that may...